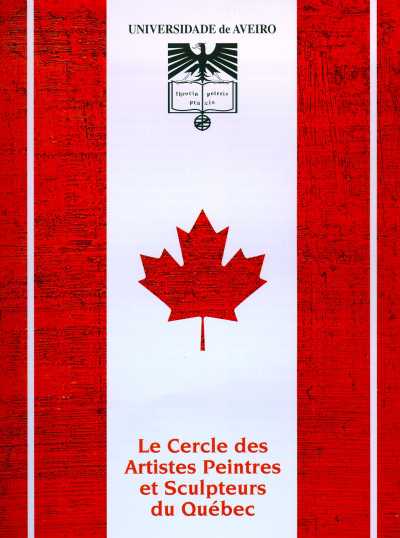 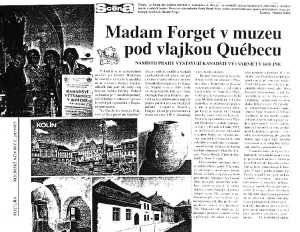 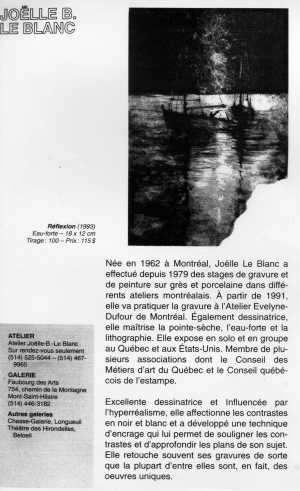 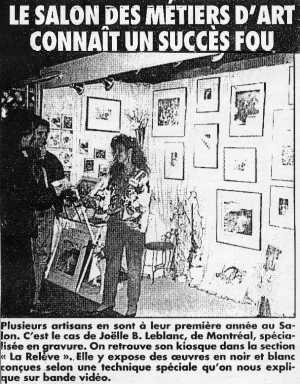 This is the first exhibition for several artist. Such is the case for Joëlle B. Le Blanc of Montreal who specialises in engraving. Her booth can be found in the ”Relève” (artists of tomorrow) section where she exhibits black and white works created according to a special technique which is explained on video tape. 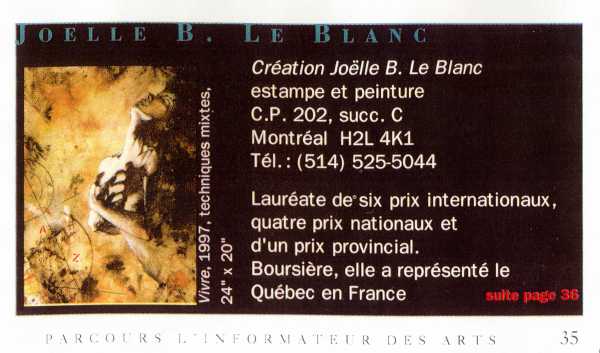 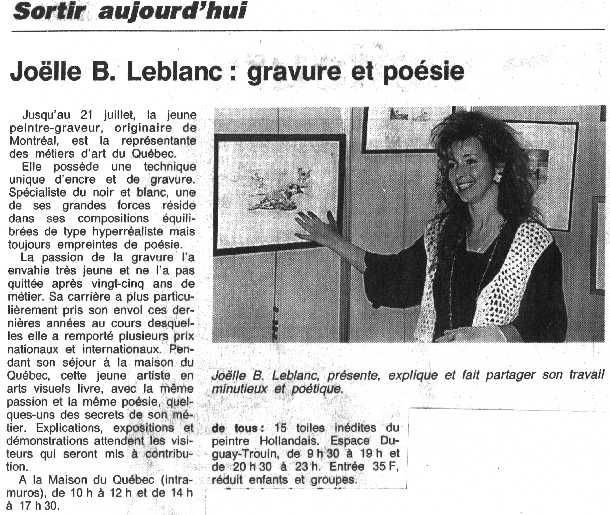 She has a unique ink and engraving technique. A specialist of black and white, one of her great forces lies in her hyperrealis tbut always poetically tinged well-balanced works.

She developed her passion for engraving when she was very young and it is still with her after twenty-five years. Her careerhas been more particularly successful these last few years during which she has won several prizes at the national and international level. During her stay at the Maison du Québec this young visual art artist reveals, with the same passion and poetry, some of her trade secrets. Explanations, exhibitions and demonstrations await visitors who will be called upon to participate. 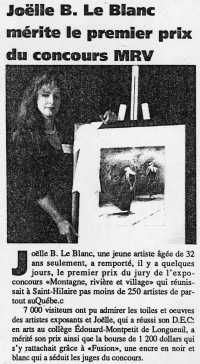 A few days ago, Joëlle B. Le Blanc, a young 32-year old artist, was awarded the jury’s first prize in the “Mountain, River and Village” (Montagne, rivière et village) exhibition-competition which brought together no less than 250 artists from across Quebec to Saint-Hilaire.

7,000 visitors were able to admire paintings and works from exhibiting artists and Joëlle, who graduated with a DEC in Arts at the Édouard-Monpetit College in Longueuil, was awarded her prize along with a $1,200 purse thanks to Fusion, a black and white ink work which won over the competition’s judges.